There has been much jubilation this week in the women’s health and lactation (and tech) worlds this week as a brand new “smart” breast pump that will be hitting the market this Spring got the tech world excited at CES 2017. While the Scary Mommy blog and Association of Women’s Health, Obstetric, and Neonatal Nurses were beside themselves with joy over the new Willow breastpump, I believe a healthy dose of skepticism about this type of product is in order.

What’s the big idea? It’s quiet and discrete–you can wear it under your bra, it’s wireless, and it has some cool tech features. It’s being pitched as a way to multitask while pumping. Imagine easily commuting, going to the movies, making dinner, or cleaning the bathroom while pumping! Great for busy nursing parents, right?! 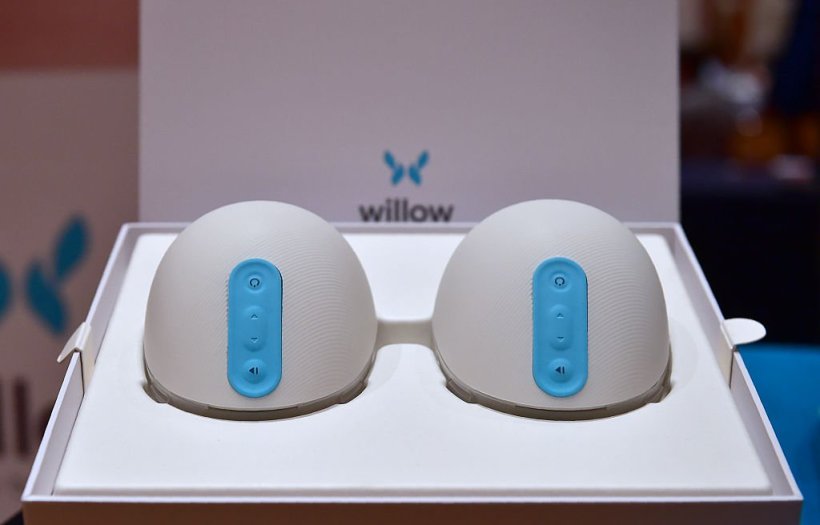 Willow has a beautiful design,and if such technology was developed and made available in order to actually improve working parents’ lives, including, say, being a covered benefit under state Medicaid programs that would actually help working class and poor women meet their breastfeeding goals, that would be great! And, you know, if it came with gains for our side like the Fight for 15 movement is fighting for, it would be even more meaningful.

Don’t get me wrong–as a supporter of human milk for human babies and a former (and possibly future) pumping and working mama, I am for easing the burden of expressing milk when needed. For instance, as a nursing mama, I did bring my electric pump to the opening night of Star Wars: Force Awakens last year–went straight from clinic to the movies and plugged in during the previews and opening credits! This pump would have indeed made my expression of milk easier. The critique that follows is more about lower wage women than about professional workers such as myself that could likely afford the Willow. In regard to the Willow, we must consider the following not just about our own potential personal use of the pump but about what it represents.

I am a nurse-midwife practicing in full-scope (reproductive health and birth care) in a community birth setting in the Midwest. My clinical practice is an extension of my longtime commitment to social reproduction (a close cousin and friend to intersectional -- perhaps synonymous to, depending on who you talk to!) marxist feminism and reproductive justice activism. I write anonymously to protect my job security and make clear that these are my personal opinions, and to make clear that I am also a professional whose personal opinions can also be separate from the care I provide. (While I personally believe in abolition of the prison industrial complex, I still have clients that are cops/married to cops [etc.] and maintain respectful, compassionate clinical relationships with them.) I was called to midwifery circuitously, through my love for reproductive rights and an interest in providing abortion care. Then I met midwives and learned about the intertwined legacy of midwifery and abortion, and I fell in love with birth. In my practice, I have worked as a primary care midwife in a Federally Qualified Health Center and campaigned fiercely for true midwifery in a hospital setting rife with obstetrical violence (and lost that fight!). I have learned how to bring midwifery care from the belly of the beast in a large teaching hospital that functions in many ways as an assembly line of medicalized birth. I have also had my heart broken by my own midwife when I realized that my dream job in home birth was actually a nightmare in many ways. I have found healing through communities of midwives that work to support each other through the traumas of toxic healthcare workplaces. I am constantly learning, working on my personal and professional growth, and striving for accountability, particularly as an anti-racist that benefits from white privilege. Midwives of the Revolution is meant as a nod to Marx and Engles's writing on the process of social revolution, as well as an aspiration to be among the midwives fighting to transform the perinatal health system in the context of the struggles for reproductive justice. The social revolution it will take to win reproductive justice will have to involve birth workers, other health workers (unionized, and not; professionals and not), educators, abolitionists, environmentalists, and of course childbearing people and families. I love the way that Marx's collaborator Engles (a brilliant philosopher and activist in his own right) describes the dialectical process of childbirth, which, for me, also undergirds my commitment to bodily autonomy and reproductive justice. To paraphrase, some of the events that midwives are called to may be "violent" or forceful, like childbirth -- not unlike revolution and social struggle: The fetus is negated by the neonate, who can only be brought about by the force of childbirth. The midwife facilitates that transition, as force (or social struggle) facilitates the transition from one form of social relations to another. Scolding the philosopher Duhring, Frederick Engles defends the social force required to fundamentally transform society: "Force, plays yet another role in history, a revolutionary role; that, in the words of Marx, it is the midwife of every old society pregnant with a new one, that it is the instrument with the aid of which social movement forces its way through and shatters the dead, fossilised political forms." (Anti-Duhring, found here: http://www.marxists.org/archive/marx/works/1877/anti-duhring/ch16.htm#087)